Skip to content
You are here
Home > Spirituality > “You must Unlearn What you have Learned” Humans have been programmed in many ways.

“You must Unlearn What you have Learned”

Humans have been programed in many ways.

That was the first layer of programing. The added layer of programing was inserted by the Archons before each present incarnation. These implants are inserted into our soul ~ into our Etheric Body.  This part of our programming was to prevent a baby from remembering earlier incarnations.  It is a very painful process prior to birth and this is one reason why babies cry when they are born.

The second layer of programming is through our parents and the instillation of their fears, belief systems etc. Ongoing layers of programming occur through the educational system, government propaganda, media programming, religious programming etc.

So now is the time to deprogram our selves.  We have entered the Breakthrough phase at the last IS:IS Portal Activation in December 2014.  Breakthrough Phase means intensity is increasing.  More Light presence and more reaction from the Other Side are increasing. 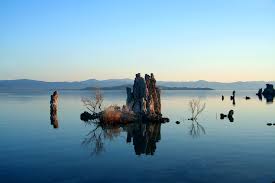 The compression break through is not The Event itself, it means the Energy is accumulating and increasing for The Event to occur.  It is like we are in the middle of a hurricane.  We are to Keep Centered.  Keep Focused.  Do not get provoked.

This change on our planet is a Galactic Change.  It is very strong energy.

Cobra described and showed a photo of himself in a high speed space craft when he traveled beyond the Veil, high up beyond the stratosphere. This is important for the removal of the Chimera group who maintains Planet Earth’s quarantine status. 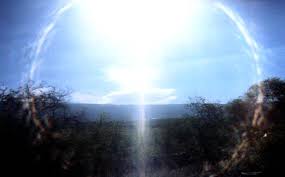 This planet has been isolated from The Light for last 25,000 years. People have forgotten the Reality of The Light.  As a result of this new light entering we are seeing many atmospheric changes.

Cobra showed examples of these multi-rainbow cloud formations and beautiful light displays above New Mexico and other locations on our planet.  These are all signs in the sky of the break through phase.

Comet Lovejoy passed very close to the Pleiadians~ the tail passed through the Pleiades~ infusing the energy of Love and Joy ~ amplified by the Pleiadian energy and started to heal the Plasma Plane (the plain between the Etheric and solid planes of our planet Earth.

The Plasma Plane is the Plane that has been manipulated by the Chimera group.  There is a lot of hidden negative technology on the Plasma Plane.

Comet Lovejoy’s healing energy is passing through the Plasma Plane.

Last December the very important IS:IS Portal Activation in Egypt bringing Goddess Energy onto this planet, to lead us to the transformation.  When the Event happens we have to have intact infrastructure such as transportation systems for food and goods.  There are many people out there that want to bring harm to our infrastructure, as the Event draws near.  The Goddess-Feminine Energy will protect our planet’s infrastructure.

We have our local group of galaxies~ including the Milky Way, Andromeda Galaxy, and Triangular Galaxy which comprise The Local Group.  This Local Group was the only area of the Galaxies affected by Darkness.  Planet Earth was the last planet to be affected by Darkness and Planet Earth will be the last planet to be healed.   So this Light of Comet Lovejoy is helping to bring Light and Healing Energies.

Mother ships are positioned just outside 8 miles of our planet.  These Motherships are also directing energies of Light and healing to our planet.  A comet (with a ring around it, photo shown) is filled with huge numbers of goddess energy and their feminine energy to our planet.

An amazing thing happened after the Egypt Activation~ Goddess Dong Hu returned to planet Earth and is living in her physical light body in an undisclosed area in Asia.

A certain Dragon Group is protecting her.  She is now channeling Goddess energy for this planet to help make our transition as easy and peaceful as possible.

Cobra strongly recommended to not watching TV because of its intense negative programming. Cobra recommended being careful of smart phones and laptops, which have a camera that allows the Chimera group members to monitor the general public.

There will be a phase after the initial Event~ First Contact where we can do interstellar travel.  The Event is the bringing of huge transitions. There will also be technologies such as Age Reversing technologies that will happen sometime after the Event.  It will be easy to extend one’s life span to 120 years or so.  If you want to live longer than 120 years, it is possible, but it will take a lot of spiritual changes to achieve this.

There is a certain Dragon Family that is protecting the Goddess and our portals.’