Mantra yoga goes hand in hand with the Vedic sciences as well as Tantra, but it has been practiced in many forms by multiple cultures throughout the world. Gregorian chants are also a form of mantra, meant to elevate the consciousness. The Vedas (Rig Veda, etc.) themselves are mantras, and those who chant or sing them are said to achieve ultimate union with Supreme Consciousness. This is the aim of mantra yoga, which utilizes sound as a means to bypass the intellect as well as emotional and physiological grooves – rote thinking – which can stilt our further advancement toward spiritual goals.

Many of us mechanically go about our days, having an infinite number of reactionary thoughts to our environment. Like the rays of a convex lens, mantra shines into these grooves of thought, and uproots the automaton-like nature we can become subjugated to. Mantra is really just a specialized grouping of sounds and vibrations which positively affect the mental and physiological planes. The effects of sound on the brain have been demonstrated in Electro Encephala Graph (EEG) charts as well as by documented physical changes (skin temperature, heart rate, respiratory rate among them). While we may consciously want to remove certain thought patterns, they can be difficult to dislodge because they are formed at subconscious levels. This is where mantra can be very effective. 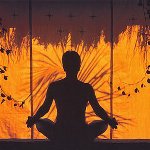 A recent study conducted at Spina’s College of Engineering & Technology in Maharashtra, India, on one particular mantra, OM, resulted in some profound conclusions. Ajay Anil Gurjar, Siddharth A. Ladhake, and Ajay P. Thakare explain, “OM does not have a translation. Therefore, the Hindus consider it as the very name of the Absolute, it is body of sound. In the scriptures of ancient India, the OM is considered as the most powerful of all the mantras. The others are considered aspects of the OM, and the OM is the matrix of all other mantras. It has been recognized that the Mantras have beneficial effects on human beings and even plants. The syllable OM is quite familiar to a Hindu. It occurs in every prayer. Invocation to most gods begins with this syllable. OM is also pronounced as AUM. The syllable OM is not specific to Indian culture. It has religious significance in other religions also. Although OM is not given any specific definition and is considered to be a cosmic sound, a primordial sound, the totality of all sounds etc. The entire psychological pressure and worldly thoughts are removed by chanting OM Mantra.”

Chanting OM resulted in significant brain wave frequency changes, as evidenced in the participant’s EEG readings. Gujare, Ladhake, and Thakare explain the reading thusly, “From this we could conclude that chanting OM mantra results in stabilization of [the] brain, removal of worldly thoughts and an increase of energy. It means that concentrating on OM mantra and continuously doing it slowly shifts our attention. It is a reflection of the most fundamental interlocking processes in our bodies…the harmony we play echoes the harmonic relationships of every vital system i.e. our heartbeat, our breathing, our brainwaves pulsing, our neuronal firing, our cells throbbing, our metabolic, enzymatic, and hormonal rhythms and our behaviors in our addictions and our habits. In this sense OM mantra is a brain stabilizer, by practicing it one can enter deeper and deeper into a natural state, which is also an energy medicine for human beings under stress.”

Scientific and Scriptural Support of Gayatri Mantra, Regardless of Religion

Still other mantras have an amazing effect on our bodies through subtle nerve stimulation, but also through a complex array of signals received by the mind when we practice japa (mantra repetition). “The amazing structure, functions and complexity of the human body has been the center of deep attention for thousands of scientists, biologists, anatomists and physiologists since seeming eternity.

Still a lot remains unknown, especially [because] the body is a fine network of nerves, molecular functions, the endocrine system and the brain. In comparison, what has been experienced and known 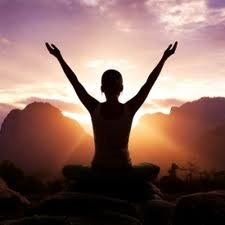 about the human body and brain by rigorous yoga-sadhanas seems to be more thorough and significant. In the deep state of trance through devout yoga sadhanas, the Rishis, the yogis of the Vedic times, had found this body a miniature reflection of the entire cosmos, as mentioned in the quote – “Yat Brahmande Tat Pinde“.

The extrasensory components like the sat chakras, upatyikas and the marvellous nerve network hidden in it are found to be like nuclei and canals of cosmic energy. Having the model of the limitless cosmos in its small structure makes the human body the supreme creation in the physical manifestation of Nature. Japa-sadhana is a scientific method devised by the Rishis to activate the extrasensory energy centers within to facilitate the sublime flow of vital spiritual currents in this majestic living system. The japa of Divine Name or Mantras has been an integral part of all modes of worship or prayer in every religion be it Hindu, Sikh, Islam, Buddhist, Christian, Tao, Bahai, etc. As the specific pattern of controlled wind-flow through the holes of a flute produces specific sonorous tune, likewise, the vibrations induced by the repeated rhythmic chanting of a specific mantra generate specific pulsation of prana and stimulate the extrasensory energy nuclei in the body accordingly.

The japa- sadhana of mantras is therefore practiced to educe supernatural talents and potentials. The preeminence of the japa of Gayatri Mantra lies in its unique intellectual, emotional and spiritual effects in addition to other soul-elevating effects of mantra-japa. This mantra contains the essence of divine knowledge and wisdom. Even its literal translation implies a prayer for the refinement and illumination of our mind and intellect and for well-being of the world. This is why the Vedic Rishis revered Gayatri as Vedmata, Devamata and Vishwamata (the origin of the Vedas, the Mother of godly-beings and the Mother of the whole world respectively). Not only the Hindu religion, but also the follower of other religions and paths of spiritual seeking revere this sacred mantra.” (literature.awgp.org)

Certain root syllables (sounds that have no meaning as far as describing things in the material world), often thought to be nonsensical to the uneducated in mantra, are just as helpful for promoting certain states of mind. The sound “m” for example, resonates with the right brain. Most of us are quite left-brain dominant in the west, which means our intuition, or heart-felt emotions, and our non-linear thinking is often less pronounced than the sheer will and black and white thinking induced by a predominant left brain. Beeja, or Bija mantras can be very helpful in balancing the brain hemispheres as well as the chakra system. In an interview with known sound research pioneer, Jonathan Goldman, he states that the ‘hard’ science of mantra is bio-acoustics. He also refers to the studies of Dr. David Shananoff-Khalsa, who believes that mantra repetition enables “the tongue to stimulate the acupuncture meridians inside the mouth (particularly on the roof)” thus enhancing our psycho-spiritual evolution.

According to the work of Dr. Shananoff-Khalsa, and his colleagues, mantra may regulate certain circuits in the body, among them: neural circuits, cellular signaling circuits, gene regulating circuits, biometric circuits, and bio-memetic circuits.

One thing is certain. Sound affects us. Mantra is the evolutionary vibration that may rewire us from head to toe.

About the Author
Christina Sarich is a musician, yogi, humanitarian and freelance writer who channels many hours of studying Lao Tzu, Paramahansa Yogananda, Rob Brezny, Miles Davis, and Tom Robbins into interesting tidbits to help you Wake up Your Sleepy Little Head, and See the Big Picture. Her blog is Yoga for the New World. Her latest book is Pharma Sutra: Healing the Body And Mind Through the Art of Yoga.